If there’s a genre called “Colorado Rock,” Mark’s Midnight Carnival Show exemplifies it. It’s rock and roll with an indie feel that isn’t quite weepy; party rock without being vapid; high energy originals along with carefully curated covers that set a thoughtful mood. The members of the band have histories that lace through America like a corset (Mark of Texas, Russell of Colorado and Scott of Missouri), pulling together varied influences and styles from blues and funk to a straight-up jam band aesthetic that can noodle on for as long as you let them play. Beyond being well-versed and agile musicians, first of all, they write and perform original songs that both fractal inward with pensive and moving lyrics, and explode outward into danceable jams and infections rhythms. MMCS is also known for how they can take covers everyone loves to hear when they’re out having fun (yes, there’s CCR in there – plus all the Wilco covers you didn’t know you needed) and keep them masterful yet accessible. A lot of bands claim to make cover songs their own and barely deliver on said boast , but this band actually does! The dynamics of the humans of the group also draw audience members in: Guitarist Scott, often-stoic and intensely concentrating, and effervescent drummer Russell are led by cerebral frontman Mark’s strong, precise vocals and solid basslines. 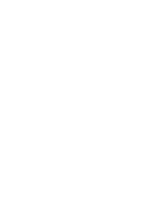